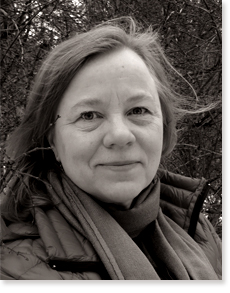 Heli-Maija Rajaniemi’s training in Authentic Movement began with Marcia Plevin in 1994. Heli-Maija has been Janet Adler’s student in Europe, California, and Canada from 1997 until 2019.

Her long-time practice of the discipline has deepened her work as a therapist and as a teacher with special interest in the effects of relationship on the sensory-motor and psychological development of the individual.

Heli-Maija finds the depth, the silent presence, and the development of embodied witness consciousness in the Discipline of Authentic Movement to be natural ways for personal growth. Over the years of work and study, her initial interest in the body and movement has grown into a holistic understanding of human beings, where the body, psyche, and spirit cannot be separated.

Heli-Maija Rajaniemi received a post graduate diploma in Dance/Movement Therapy at the Eino Roiha Institute, Jyväskylä (2014) and a degree in Physiotherapy from the University of Applied Sciences, Jyväskylä (1983) with additional studies in psychology at the University of Jyväskylä (1988). She has completed trainings in: Sensorimotor psychotherapy level 1 at Sensorimotor Psychotherapy Institute (2019), Mind-Body Bridging, Finnish mental health association (2016), Psychotherapeutic Relationships at the University of Applied Sciences (2009), NDT, Bobath Therapist and Tutor, European Bobath Tutors Association (2007), and Creative Movement, Garcia-Plevin method, Finland (2001).