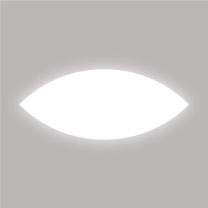 A Brief Description of the Discipline of Authentic Movement
Janet Adler, Founder
Emergence of Circles of Four
Finding a Teacher

A Brief Description of the Discipline of Authentic Movement

The Discipline of Authentic Movement is a contemporary mystical practice centered in the development of embodied witness consciousness. This discipline evolved through Janet Adler’s lifework, because of her committed attention to an inherent order unfolding in an organic way. The Discipline of Authentic Movement contributes to the growing field of consciousness studies, especially through the study of the embodiment of unmediated direct experience within the crucible of relationship. The discipline also contributes a path of alignment of individual embodied consciousness within collective bodies, creating a field of energetic potential that may safely receive and offer emergent consciousness to the world.

Authentic movement, movement arising unpremeditated from an invisible source, has fed the development of a transformative process of movement becoming conscious through compassionate witnessing. Authentic Movement, as a practice grounded in the relationship between a mover and a witness, was developed by Adler in the early 1980s, evolving from her studies with Mary Whitehouse and John Weir, as well as her early work with children diagnosed with severe autism. Different teachers of this early form of Authentic Movement offer their evolving perspectives in unique and diverse ways.

Within the practice of the discipline, for both mover and witness, attention is concentrated in the development of the inner witness, which is one way of understanding the development of consciousness. The inner witness is initially externalized, embodied by a person—often a teacher—who is called the outer witness. Another person–the mover–embodies the role of the moving self. After immersing in the mystery of an ineffable field of movement, of stillness, the mover returns to their witness and speaks directly from their embodied experience, which may include sensation, emotion, image, and/or energetic phenomena such as vibration or light. Their witness listens, and then speaks from their own inner embodied experience of witnessing, in close and careful relationship to the mover’s gestures and words. Within this dialogue, language bridges experience from body to consciousness. Commitment toward the practice of conscious speech is a core element of the practice.

The early dyadic practice—the ground form—necessarily includes egoic work within a relational vessel, allowing a safe-enough embodied exploration of personality and personal history. Personal, egoic work deepens empathic resonance, an essential prelude to the development of compassionate presence. The ground form includes continuing practice in evolving roles, in the presence of an outer witness. Individuals commit first as a mover, then as a moving witness, then as a silent witness, and finally as a speaking witness, first with one mover, then with more. As each role integrates enough, the next role is entered and explored.

As their practice deepens and matures, students of the discipline participate in a collective body of movers and witnesses. Because of the unfolding awareness within each individual’s inner witness, participation in the collective body guides them toward the experience of an integral witness, one who witnesses, listens, and responds by speaking consciously from multiple perspectives. Previous roles are integrated enough and, in moments of grace, the individual becomes an empty mover — empty witness. Energetic phenomena may become intuitive knowing. Direct experience of that which is invisible becomes more accessible, and authentic compassion, compassion that cannot be willed, becomes a vibrant force within a web of embodied connection. As alignment develops within the collective body, ceremony emerges as an organic interweaving of individual consciousness within the whole.

Being seen, seeing oneself, seeing another, movers and witnesses grow toward this vital experience of wholeness, because of consciously embodied surrender in relationship with another being, with their inner life, with collective bodies, and with that which is invisible. Immersed in a field of emptiness that is comprised of infinite potential, individuals may journey from the experience of duality to unity consciousness. Through this mysterious developmental but non-linear process of enduring commitment, emergent awareness may be received through individual and collective embodiment, manifesting as witness consciousness in the world.

For a more detailed description, please reference on this website:
The Mandorla and the Discipline of Authentic Movement
English    French    German