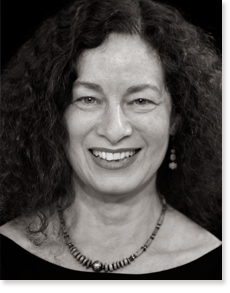 Betina Waissman first practiced Authentic Movement with Marcia Plevin from 1995 until 2001. Feeling she “arrived home” in this practice, she pursued deepening her understanding with the approaches of other teachers: Neala Haze, Joan Chodorow, Zoe Avstreih and Tina Stromsted.

Since the year 2000 in a retreat in Greece, she has been working regularly with Janet Adler. A Peer Group that formed in this same retreat continues to meet, sharing questions and experiences, especially concerning the Discipline of Authentic Movement as a mystical practice. Her deep commitment to the discipline is the center of her own path for personal and spiritual development.

Very honored to participate in the Circles of Four community, Betina is currently offering on-going groups, workshops, training, supervision and retreats in Spain, Mexico and Brazil. She is especially interested in the transformative possibilities of embodiment and witness consciousness in the Discipline of Authentic Movement.

Betina is Brazilian and moved to Spain when marrying her husband in 1997. Her main focus during the first part of her professional life was in theater and acting. She belonged for almost 20 years to a committed professional street theater group in Rio de Janeiro, Brazil. In Spain, her love for theater and artistic expression has shifted toward teaching in the Corazza Studio for Actors, in Madrid. She is currently exploring the use of elements of the Discipline of Authentic Movement for investigation and creation in acting with advanced students and in professional productions.

Betina began learning with Claudio Naranjo in 1985, becoming his collaborator in the SAT Program in Spain, Brazil, Argentina, Chile, Mexico, Italy, Australia, France, Germany. In the first level of this program she has been developing a personal way of using Authentic Movement in service of big groups working towards consciousness and development. She also collaborates in several therapy trainings and expressive arts programs in Spain.

Her article “Authentic Movement: Moving the Body, Moving the Soul” was published in the AETG Gestalt Journal, Spain 2008.