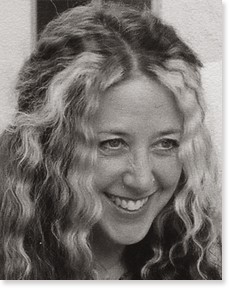 Forest has been teaching the Discipline of Authentic Movement for the past eight years in ongoing individual and group formats as well as intensives. In addition to her weekly, bi-monthly, and monthly teaching practice, she offers day-long introductions to the discipline and has been invited as a guest teacher from various centers and universities in the United States and in Seoul, South Korea. Her current questions involve exploration of the discipline as a vehicle for creative work, for containing and expressing life changes/losses related to the body, and, as a mystical practice.

Forest is a Board Certified Dance/Movement Therapist (BC-DMT #941), a Center for Movement Education and Research (CMER) faculty member, a founding member of The Creative Medicine Collective (CMC) and a choreographer. Her clinical work as a dance/movement therapist spans thirteen years in inpatient psychiatric hospitals, intensive outpatient programs, and rehabilitation facilities. From 2001-2008, she worked at UCSF/Langley Porter Psychiatric Hospital where, as inpatient supervisor to chaplain interns, she explored the integration of spirituality and dance/movement therapy. In facilitating pain management groups, Forest focused on the application of dance/movement therapy and Authentic Movement principles. And as a rehabilitation therapist, she presented hospital wide seminars including: “The Discipline of Authentic Movement: Principles and Applications of an Embodied Mindfulness Practice.”

Currently, Forest teaches CMER’s Graduate DMT course, “Dance/Movement Therapy Group Process,” a course that includes significant focus on the teaching of Authentic Movement and has been approved by the American Dance Therapy Association as meeting requirements for the Alternate Route R-DMT credential.

Forest’s personal journey from dancer to dance/movement therapist to Authentic Movement practitioner is featured in the book: “Art and Courage: Stories to Inspire the Artist-Warrior Within” by John Paul Thornton (2009) and documented in Ingrid Ammondson’s dissertation, “Beyond Coping: Transformation in the Face of Living with Nonmalignant Chronic Pain,” submitted as partial fulfillment of the requirements for the degree of Doctor of Philosophy in Clinical Psychology at the Institute of Transpersonal Psychology Palo Alto, California (2009).

Forest received both her MA in dance/movement therapy (1995) and her MFA in choreography (2003) from UCLA. She served as the Government Affairs Chair (GAC) for the Southern California Chapter of the American Dance Therapy Association (SCCADTA) from 2009-2010.