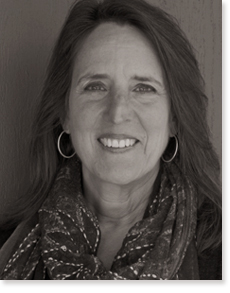 Julia Gombos has been engaged in the Discipline of Authentic Movement for 25 years, contributing to and witnessing the practice as it has evolved. She has worked with Janet Adler in one-on-one and group practice in experiential studies in the discipline as it relates to: Jewish Mysticism (2003 – 2013), psychodynamic theory (1999 – 2003), and advanced study of theory and practice (1989 – 1995). She was Janet’s assistant in Northern California and Massachusetts (1995 -2002) in retreats focused on Mystical Text and Mystical Dance.

Julia has been teaching the discipline in individual and group formats in Northern California for 20 years and is now a faculty member of Circles of Four as a Primary, Retreat, and Supervision teacher. She provides studio sessions as well as works by phone and Skype. Julia has been a licensed psychotherapist for 30 years, maintaining a private practice in Northern California. She supervises interns and works with individuals, couples, families, and groups integrating relational, psychodynamic, and somatic perspectives. Embodiment, psychology, and spirituality infuse Julia’s teaching as a body-oriented psychotherapist (1989-current), Somatic Experiencing Practitioner (1996- current), and Trauma Specialist (1998- current). She includes the Discipline of Authentic Movement and embodied inquiry in her psychotherapy practice as well as in her personal studies in the Diamond Heart Approach (2010-present).

Julia has treated and taught somatically based trauma work in disaster areas such as post-Katrina New Orleans (2005) and in Haiti with the Trauma Resource Institute (2005–current). She was adjunct professor in the masters program at the California Institute of Integral Studies (2003-2006) where she supervised students and included the Discipline of Authentic Movement in her curriculum in the Somatic Psychology Department. She participated in the Advanced Training in Active Imagination and Authentic Movement and Psychotherapy Consultation Group with Joan Chodorow (1996– 2002).

Julia has always considered the Discipline of Authentic Movement as her primary spiritual practice. She deeply values her relationships with her family, friends and community and revels in time on the land where there is always an invitation toward presence. Moving and communing with the elements and her direct experience of oneness of the beauty of the earth informs her witness consciousness and nourishes her soul.